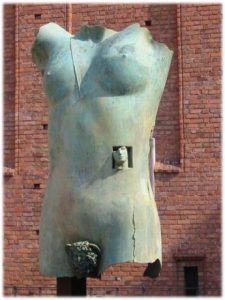 More than 30 years ago, Donna Haraway published her iconic essay “Situated Knowledge. The Science Question in Feminism and the Privilege of Partial Perspective”, where she discusses the issue of objectivity in feminism. She understands “objective knowledge” as bound to a specific historical point in time and space – precisely as “situated knowledge”. While Haraway was primarily concerned with defining the relational positioning of feminism and science, the concept of “situated knowledge” has grown into a central notion in gender studies. By now, it seems necessary to reflect about its relevance today, considering the differentiation of gender related debates from feminism to queer theories, to trans­activism and beyond, but also in the face of current social challenges like hate speech and fake news, conspiracy theories and public questioning of established scientific values.

The concept of “situated knowledge” not only draws attention to the general way relational conceptualizations of science are challenged by proponents of “alternative facts” as well as dynamics of denialism and hostility towards academic scholarship. It also asks how far epistemologies, evidence and knowledge are determined by gender or contain gender perspectives. Assuming that epistemologies take place in social contexts and thus are situated in space and time it asks, how a determination of difference can become a condition of cognition? Where and how is gender a category that governs the way in which knowledge has been and still is gained?

To deepen the question of how gender and epistemologies are related, a praxeological approach can be useful. Hence, combining the perspectives on “doing gender” and “doing truth” could allow to inquire how claims of truth are linked to gender and gender politics. In such a praxeological perspective we can ask about roles and figures that perform truth and gender in arenas of contested knowledge, enabling us to discern and analyse situations where gender is inextricably assigned to aspects of truth speaking.

We seek for examples, where gender is relied upon to invoke the truth, like in the politicisations of experiential and embodied knowledge in current debates on the so-called cancel culture. And we would like to study cases where gender perceived characteristics or values are attributed to concepts of un-/credibility and un-/truthfulness as e.g. in conceptions of heroism and honour, innocence and virginity or deceitfulness and fraudulence.

Thus, the conference “Gendering Epistemolo­gies” wants to discuss how gender-shaped (especially scientific) knowledge and truth claims are tied to gender (politics) in Central, Eastern and Southeastern Europe in the 20th and 21st centuries. We would like to particularly focus on this region in order to strengthen its presence and representations in the debate on gender, science and politics. Furthermore, the region has faced repeated political upheavals during the 20th and 21st centuries, providing the context for numerous epistemological distortions and transformations. Comparative and contrasting examples from other regions of the world are nevertheless equally welcome.

Focussing on the connection between gender and knowledge with regard to the arenas of the production of knowledge and meaning, to the scientific persona/homo academicus, and to practices of truth and evidence, we encourage the submission of papers addressing the following or related questions:

Please send your abstract of no more than 350 words and a short biographical note by 15 April 2022 to both Karin Reichenbach (karin.reichenbach@leibniz-gwzo.de) and Dietlind Hüchtker (dietlind.huechtker@univie.ac.at).

The conference is organised by the research initiative Political Epistemologies of Central and Eastern Europe (PECEE, for details see   www.uni-erfurt.de/to/5HZUPwGJ1oXN3cO). It is sponsored by the research programme “Resilient Society for 21st Century: Crisis Potentials and Effective Transformation” within the basic programme framework of the Strategy AV21 of the Czech Academy of Sciences, and by the Leibniz Institute for the History and Culture of Eastern Europe (GWZO).

The conference will take place 13–15 October 2022, in Prague and Liblice, Czech Republic. Travel costs and accommodations for speakers will be provided according to the official regulations of the involved institutions.