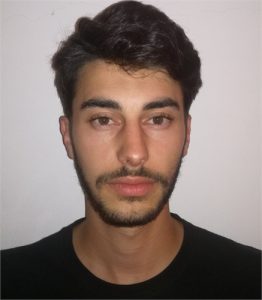 Riccardo Mini completed his Bachelor’s Degree in Foreign Languages and Literatures at State University of Milan in 2017 with a thesis titled „The work of Nadezhda Mandelstam in contemporary critics“. In April 2020, he earned a Master’s Degree in European and non-European Languages and Literatures at State University of Milan. His interest focused on Gulag literature. In his thesis, titled „Poetics of the Arrest. Narrative of the arrest in the works of Solzhenitsyn, Nadezhda Mandelstam, Sinyavsky and Akhmatova“, he compared the narrations of a common experience and investigated the variation of style and poetics. He participated in study-abroad programs at the Université Catholique de Louvain-la-Neuve (Belgium) and at Saint Petersburg State University.

Currently, his research focuses on contemporary Russian literature, in particular on the Little Poems in the work of Elena Shvarts.